Our second week in India: so far, so good. We started in Mysuru, where we met the last batch of Daniel ex Kollmorgen colleagues. Hrushi and Divy took us out to the Olive garden restaurant, one of their favorite place. Magali found the tandori chicken and prawns so good, she decided that starting from now she will only order starters from the tandoor in restaurants. The next day we diverted another bunch of Kollmorgen ex-colleagues from their work by having coffee all together at their campus. The Kollmorgen reunion ended up with a lovely dinner at Jagdish’s new place. Once again, many many thanks to Hrushi, Divy, Prasad, Deepa, Jagdish, Jagdish’s family and all the others! You made our stay in Mysuru really enjoyable!

We left Mysuru on a rainy day, the two of us on our own. Now we will have to deal without direct help from our friends (although they still support us on Whatsapp). Our next destination was Fort Kochi, a small rather touristic city on the coast. Walking (or cycling) in the narrow streets, on the many bridges and along the shores kept us busy the whole time. Our B&B was absolutely lovely and helped us a lot (more details below). 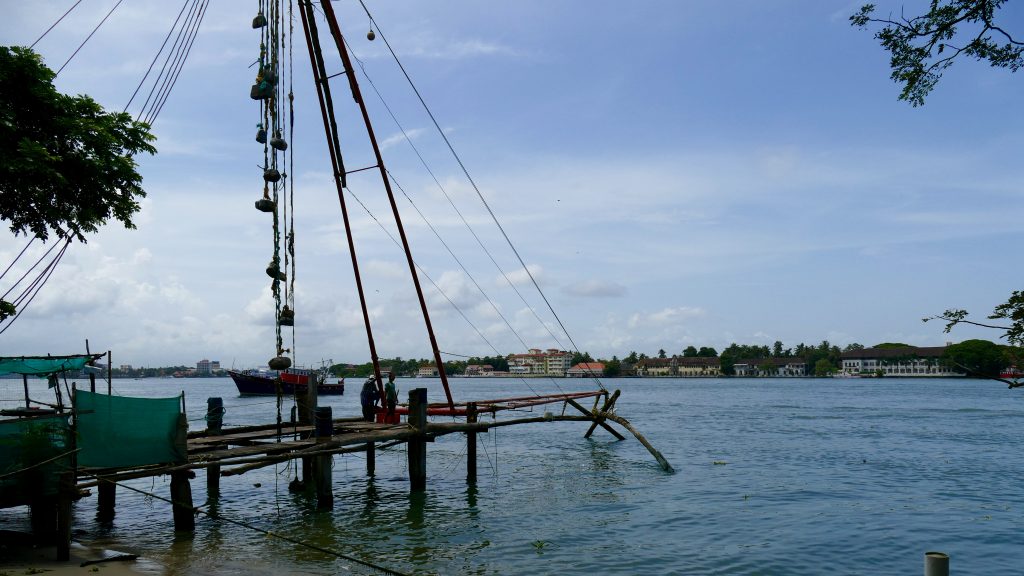 This week, we were really lucky. The two places we stayed were perfect. We definitly recommend them to anyone travelling to Mysuru or to Fort Kochi. 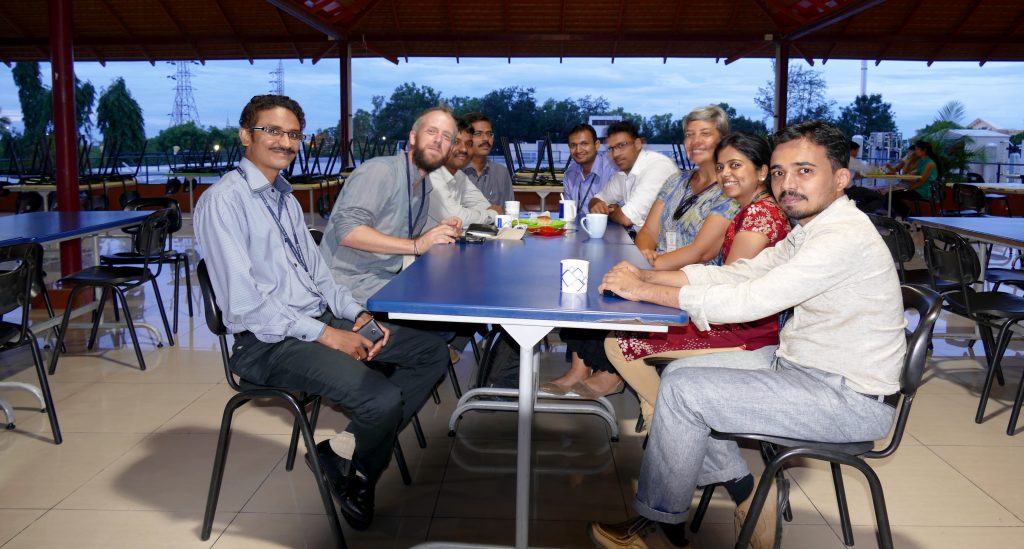 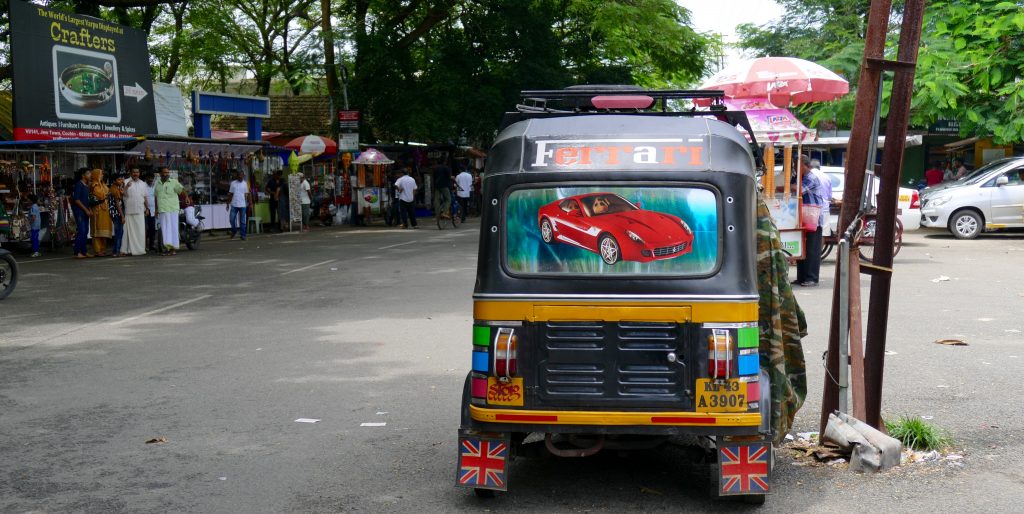 We only travel in Italian luxury cars

Dax, one of the friend of the B&B Sowparnika Hermitage helped us organising our trip to Munnar (to be seen in the next episode). Then he took us on a bicycle ride (he provided the bicycles) in the narrow streets of Fort Kochi. During one full morning, he took us from one community to another and explained us how they live peacefully together. It was one of the best guided tour we did so far! (Dax, among other things, did organize two seasons of Pekin Express when they were crossing Kerala) You can contact the Sowparnika Hermitage B&B to get in touch with him. 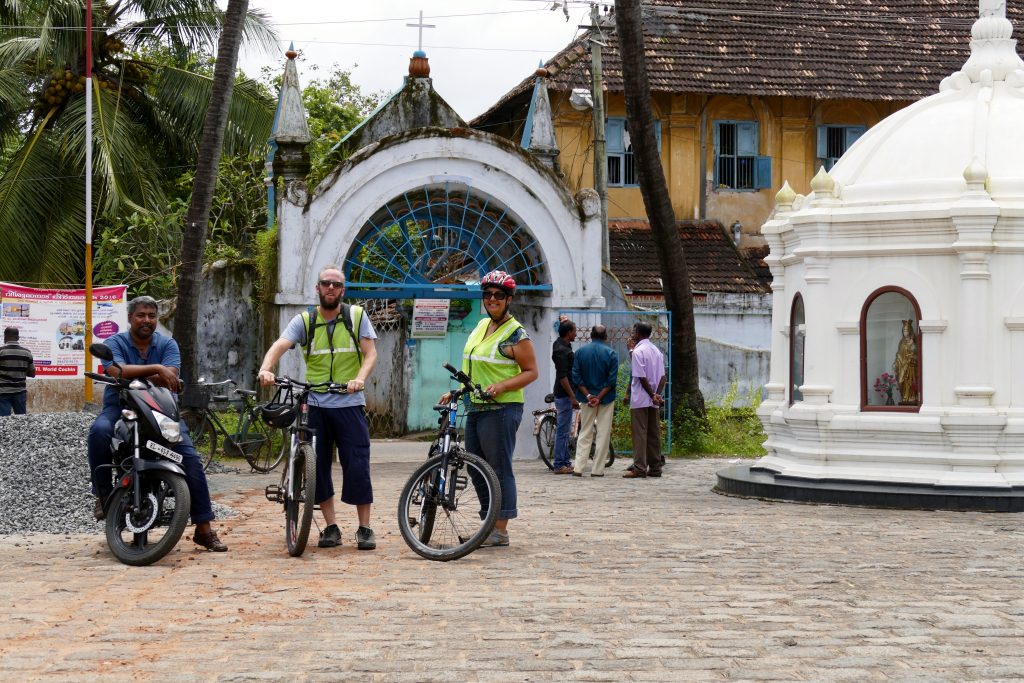