This week we had no choice but to push our bodies a little harder and get accustomed to the altitude of the Peruvian and Bolivian Andes. After Arequipa which was already at 2300m above sea level, we took a bus to the Colca Canyon in Peru. Colca is the highest canyon in the world, deeper than its cousin the Grand Canyon in the Northern Hemisphere. We spent 2 days in Yanque and did a hike of 12km in search of the Fortaleza of Chimpa, a reconstructed mountaintop citadel that looks down on Madrigal. In search because:
1) we suffered from headache of the altitude
2) we got lost along the way
3) we were too tired to get back on your steps and finally climb the last couple of km.
Never mind we had wonderful views of the Canyon and even see two condors!

Yanque is a little out of the beaten paths. After two days on site, we were looking for a (easy) way to get out of the Canyon and reach Puno on Lake Titicaca. The only and direct way to get to Puno is to take a “Turistic Bus” at 50 USD per person (NO WAY!!!) see the best kept secret tip to read about our epic journey from Yanque to Puno.

We were told Puno is an ugly city but in fact we liked it quite well. It happened to us a few times and for a few places already. Maybe after seing many places in the world during this last 10 months has set our expectations lower? Could be! Ok so Puno is the city on Lake Titicaca on the Peruvian side. The floating islands are the main attractions here but we preferred exploring the city and its miradors than going to one of this tourist traps. 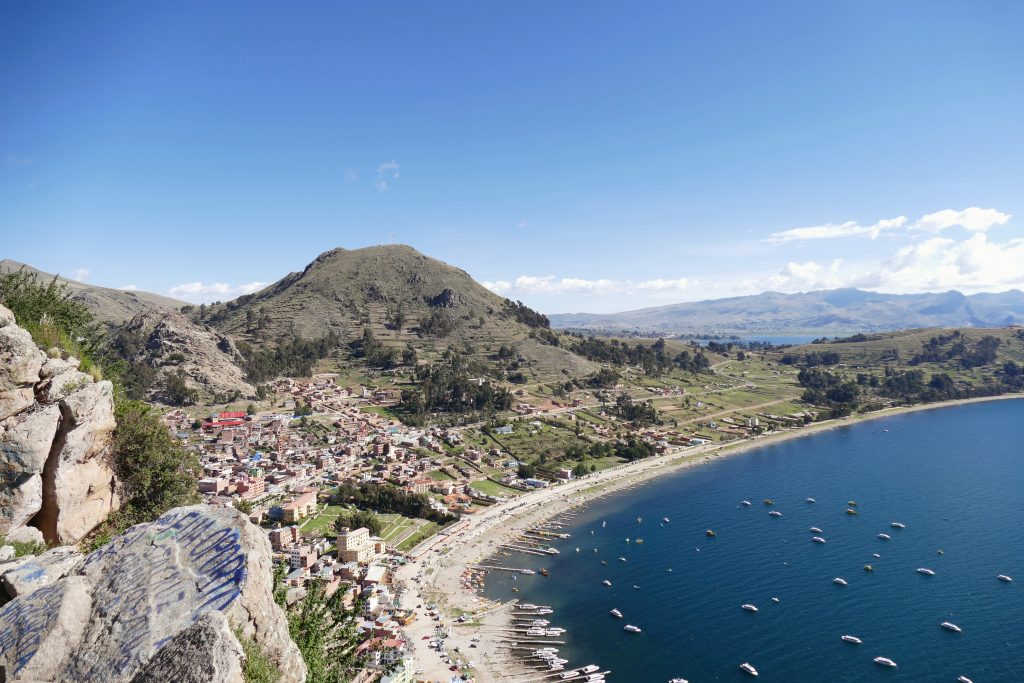 2 days in Puno and finally a good friend joining us on our Inca trail, we left for Bolivia and Copacabana.
Passing the border went like a breathe and in no time we were on the other side. Copacabana is a hippie town, full of hostels/hostals and South American backpackers in some quest (not sure about what). We climbed the Santa Barbara hill, after we thought our heart would break from the effort, the view was ultra rewarding! 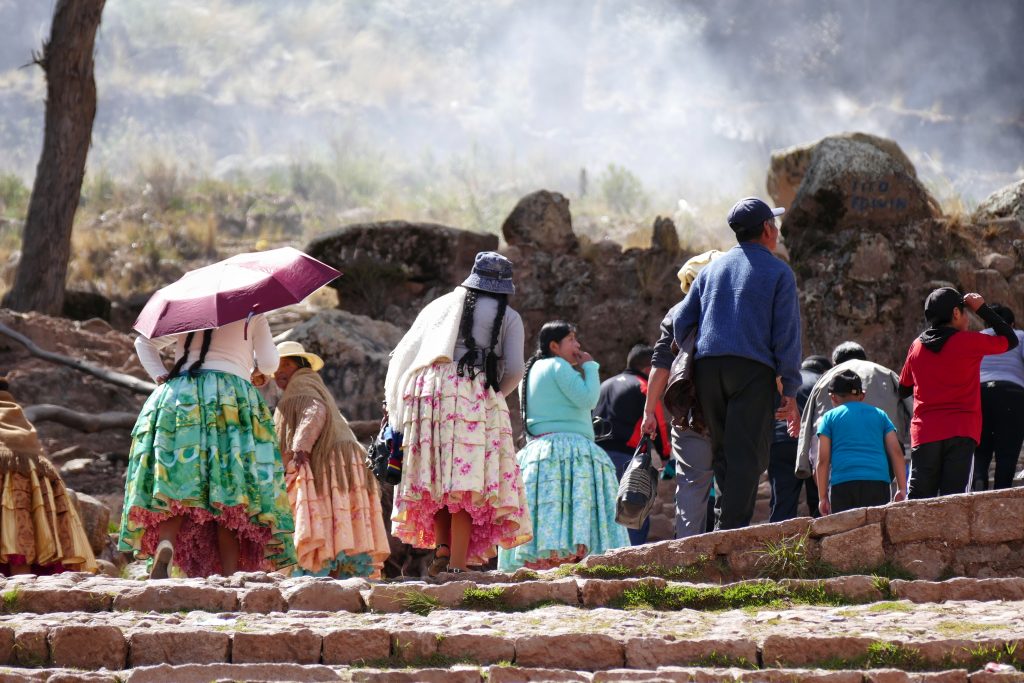 Next stop was then the Cathedral, this time with a lot of gold which contrasted with the other ones we visited lately. 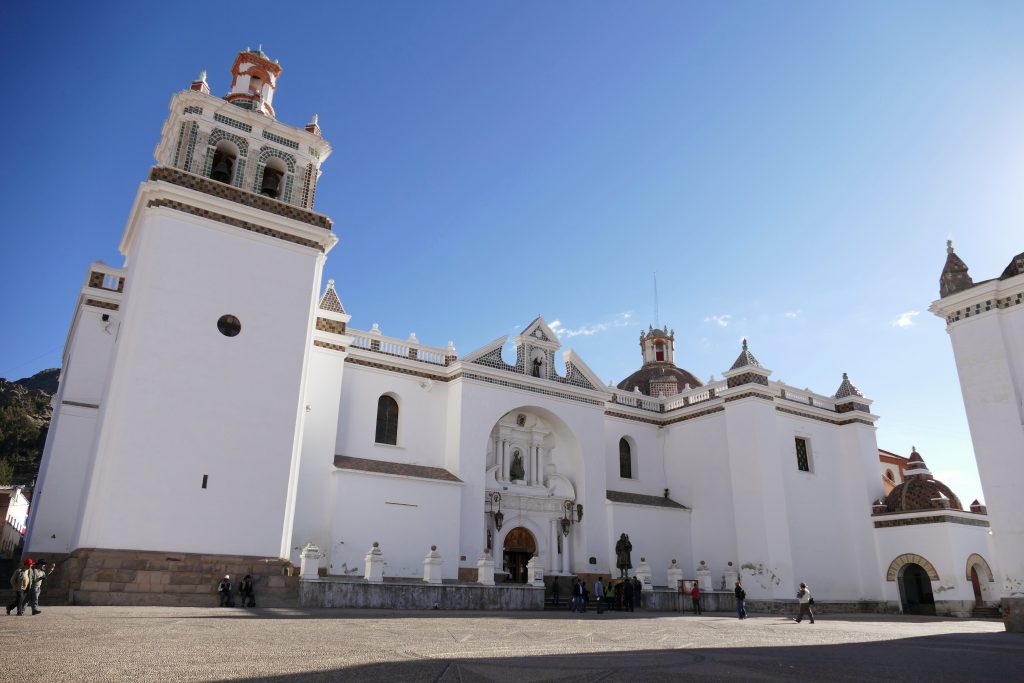 We finished our Lake Titicaca stay with the hike on Isla del Sol, located 2 hours by boat from Copacabana. This is a very common hike from North to South of the island. We had booked an accommodation in the Southern part so we didn’t have to hurry and catch one of the boat back to the mainland at 4:00pm. We enjoyed the views very much even if we had to stop from time to time to catch our breath as we had reached the 4000m above sea level. We ended up in a lodge at the tip of the island and had a good night rest. 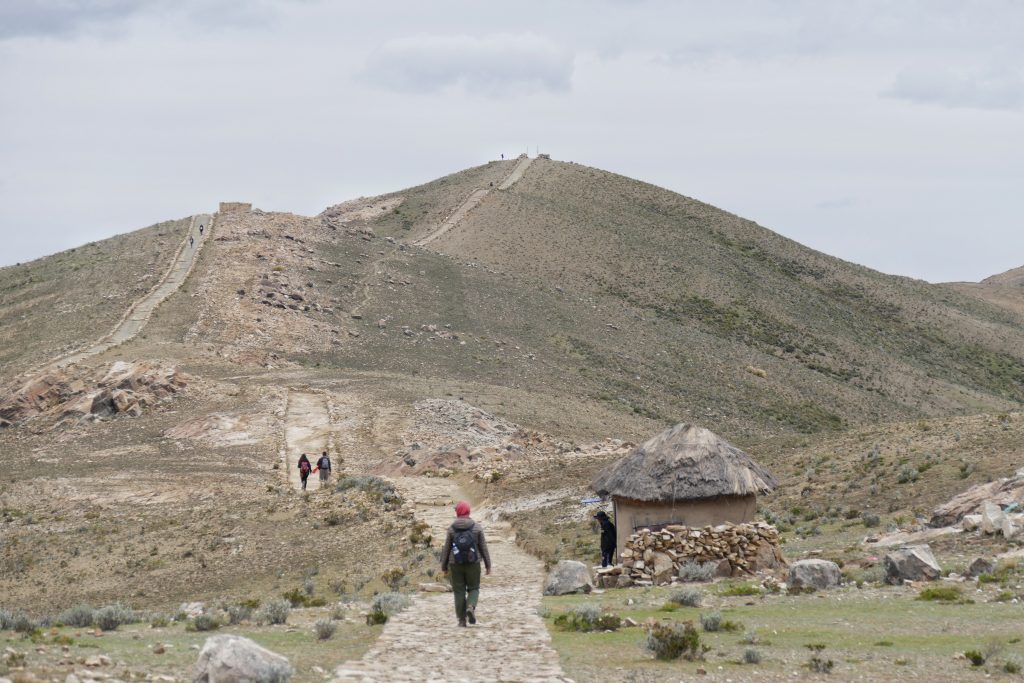 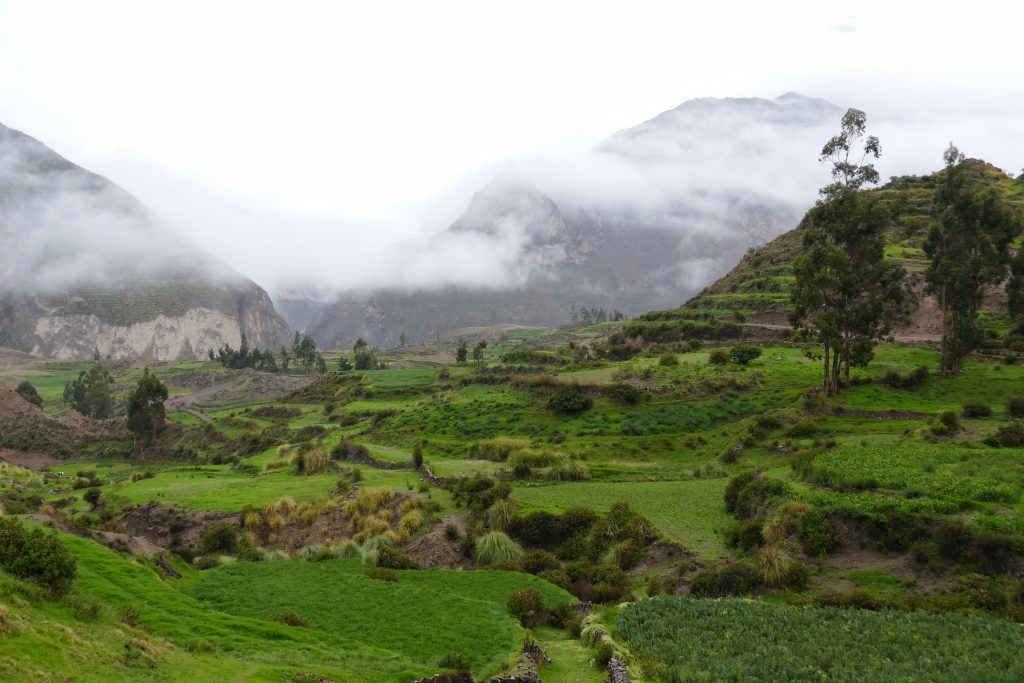 We stayed a homestay while in the Colca Canyon but nothing to rave about, the same for the hotel in Copacabana and the lodge on the Isla del Sol. 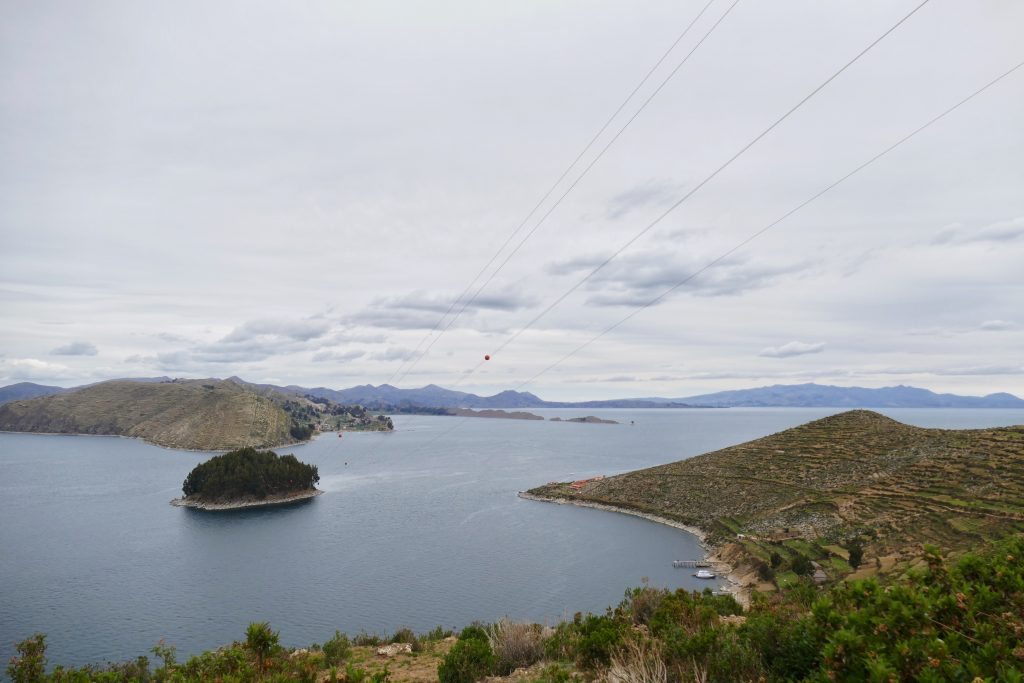 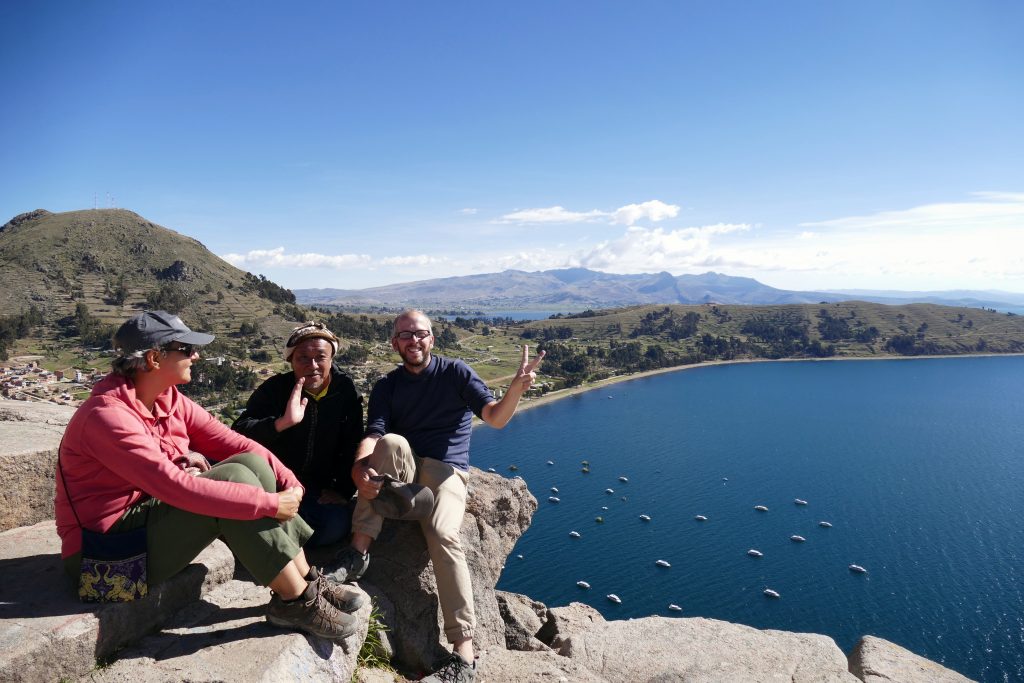 I, Magali, was pretty sure we could get a bus half way down to the main cross (at almost 5000m above sea level) where buses are heading either to Arequipa, Cusco (and the Machu Picchu) or Puno. We asked several times in the Yanque village how we could manage to do that and a few people confirmed this was possible. So on our day of departure, we got out early and waited on the side of the road for the main bus to stop… After more than 50min. no bus! A guy in a pick up stopped by and asked us if he could give us a lift to the main village Chivay. We accepted immediately. The guy was extremely friendly and explained us that he worked for a gold mine and that he was going to take his 15 days shift the next day. He just stopped in the village to break his journey from Lima. God bless him! We got in the Chivay bus terminal in time to jump in a bus heading back to Arequipa and asked the driver to stop at the cross. Guess what! He almost forgot to stop, we got out of our seats quickly and knocked on the door, we got out of the bus in time to cross the road and in less than 2 minutes we were in another bus heading to our destination and for less than 10USD per person! Hurray!